Mrs. Danvers, the sinister housekeeper at Manderley, is a powerful villain, dominating both book pages and screens with her manipulative presence. She is the main antagonist in Daphne du Maurier’s novel “Rebecca”, her main victim being the new wife of Maximillian “Maxim” de Winter, a young girl of modest roots who finds herself thrown in a world haunted by the memory of the late, first Mrs. de Winter, Rebecca, whose memory is obsessively kept alive by Mrs. Danvers.

It is in this capacity, that of Rebecca’s confidant and friend, that Mrs. Danvers sets to make the new Mrs. de Winter feel inadequate and unwelcome at Manderley. She is constantly undermining her position as the new mistress of the house, reminding her that she will never be as skilled, as beautiful, or as loved as the former lady of the house. Nothing is off-limits for Mrs. Danvers when it comes to manipulating and bullying Maximillian’s new wife. For example, she masterfully creates the context for the girl’s public humiliation at a ball where she makes her wear a dress that’s also been worn by Rebecca not long before her death. But the strongest element of psychological pressure is her attempt to make the young woman commit suicide by encouraging her to jump out of a window at a moment when she was highly vulnerable.

All of this is true of Mrs. Danvers, and yet, we love her. We like her as a villain. It is this negative character that stands out the most in the newest screen adaptation of “Rebecca”, her presence keeping Manderley together and ultimately determining the faith of all of those living within its gates.

But we’re not villains. We cheer for the new Mrs. de Winter and enjoy the happy life perspective that awaits her and Max at the end of their dramatic journey. So why are we still attracted to Mrs. Danvers? Why do we even feel a connection to her? Why don’t we simply hate her?

In this article, I will explore 10 Psychological Reasons Why We Like Mrs. Danvers.

* My exclusive reference for this analysis is the 2020 book-to-movie adaptation produced by Working Title Films, distributed by Netflix, and starring Lily James as Mrs. de Winter, Armie Hammer as Maxim de Winter, and Kristin Scott Thomas, as Mrs. Danvers.

Mrs. Danvers has been with Rebecca her entire life. During this time, she has always acted in Rebecca’s best interest and continued to do so, even after the first Mrs. de Winter died. She is almost the embodiment of Rebecca’s ghost, never letting anyone forget the former Manderley mistress.

2. She is a victim herself.

As Rebecca used to call Mrs. Danvers, Danny was Mrs. de Winter’s closest friend and confidant, but the connection was not mutual. Rebecca was hiding things from Mrs. Danvers – she did not tell her about her tumor, nor did she share the fact that Maxim already knew about her affairs with other men. She was also using the housekeeper to maintain her social image – Danvers would protect Rebecca’s secrets and help her project the social image of a strong, charismatic, skilled lady of the house and a loving, dedicated wife.

It is easy for us to relate to Mrs. Danvers when we can also see her as being a victim herself. She is hurt and used. Our empathy toward her is activated.

“Manderley was ours”, Mrs. Danvers told the new Mrs. de Winter in one of the final scenes of the movie, referring to the estate belonging to her and Rebecca, since the two would take care of all of the affairs concerning the estate. After Rebecca died, she helped Maxim maintain Manderley’s glory in the memory of her friend.

4. She is highly intelligent.

All master manipulators are. Mrs. Danvers can weave webs of deception like no other. There is almost no escape for those whom she is targeting. She understands the politics of the area – the social scene, she reads people and discovers their vulnerabilities, and she can identify and exploit various resources to her advantage.

An example would be the ball scene—manipulation by proxy. Danvers used Mrs. de Winter’s maid to advance her plan to publicly humiliate the young wife and turn, not only her new acquaintances but her own husband, against her.

Mrs. Danvers is the one that continues taking care of Max after her friend, Rebecca, dies. Manderley does not fall apart because she is there. She stays by Maxim’s side, just like she did when Rebecca was alive. It is not because she likes Maxim – remember that she is trying to destroy his newfound happiness, but because she is still doing things the way the late Mrs. de Winter would have wanted them done. It is about her sense of duty, not empathy or loyalty toward Maxim.

However, she is there for him, and as viewers, we appreciate that.

6. She is always aware of everything around her.

She sees everything that is happening at Manderley and beyond its gates. She even understands secrets that are not directly shared with her by others. Such an example is Maxim’s sleepwalking triggered by the traumatic events related to his first wife’s death. Even though she does not know what exactly had happened between Maxim and Rebecca the night she died, she is aware that his nocturnal torment is linked to her memory and tries to nurture his residual feelings for the first Mrs. de Winter, as well as prevent the new Mrs. de Winter from interrupting that relationship which she considers should continue even beyond Rebecca’s grave.

7.  She empowers and enables change and growth.

She is the obstacle that the new Mrs. de Winter needs to overcome in order to become a strong woman worthy of the extended role she is to play in Maxim’s life. It is the villains that oppose her – the most significant being Mrs. Danvers and Jack Favell, Rebecca’s cousin and former lover, that determine her to find her inner resources and strength to fight through the dramatic context and come out on the other side a stronger, happy person. Without them, the new Mrs. de Winter’s journey would’ve been a less spectacular one.

8. She triggers the ultimate cleanse, separating the haunted past from the promising future.

Just like many other narcissistic sociopaths, Mrs. Danvers cannot let something she loves but can no longer have in the hands of others. Once Manderley is no longer an option for her, she sets the mansion on fire. This fire burns the haunted past and signifies the agent that purifies the ground that witnessed all of Rebecca’s evilness. Even more, through her suicide, Mrs. Danvers severed the last tie between the past and the future.

Everything that once stood against Maxim’s happiness, and now also the happiness of the new Mrs. de Winter, is gone.

The mystery that surrounds her past and life story is also an element that attracts us to her. We want to know more about Rebecca’s childhood friend, and she always eludes our curiosity.

Her traits, considered in an isolated fashion, would be regarded as terrible elements of someone’s personality. But when skillfully put together by de Maurier, they make up a fascinating character. In a sense, she is Manderley because, just like the estate, she remains unchanged while everyone else pursues their own, sometimes selfish interests. The other employees respect her, and she is always part of the close family circle of the de Winters.

Obviously, Mrs. Danvers’s charisma is also linked to the way Kristin Scott Thomas portrayed her in this particular adaptation. She brings an extra dimension of depth and elegance to this evil yet tragic character.

Providential Agent of Chaos: The Psychology of “Messiah” | NETFLIX Series 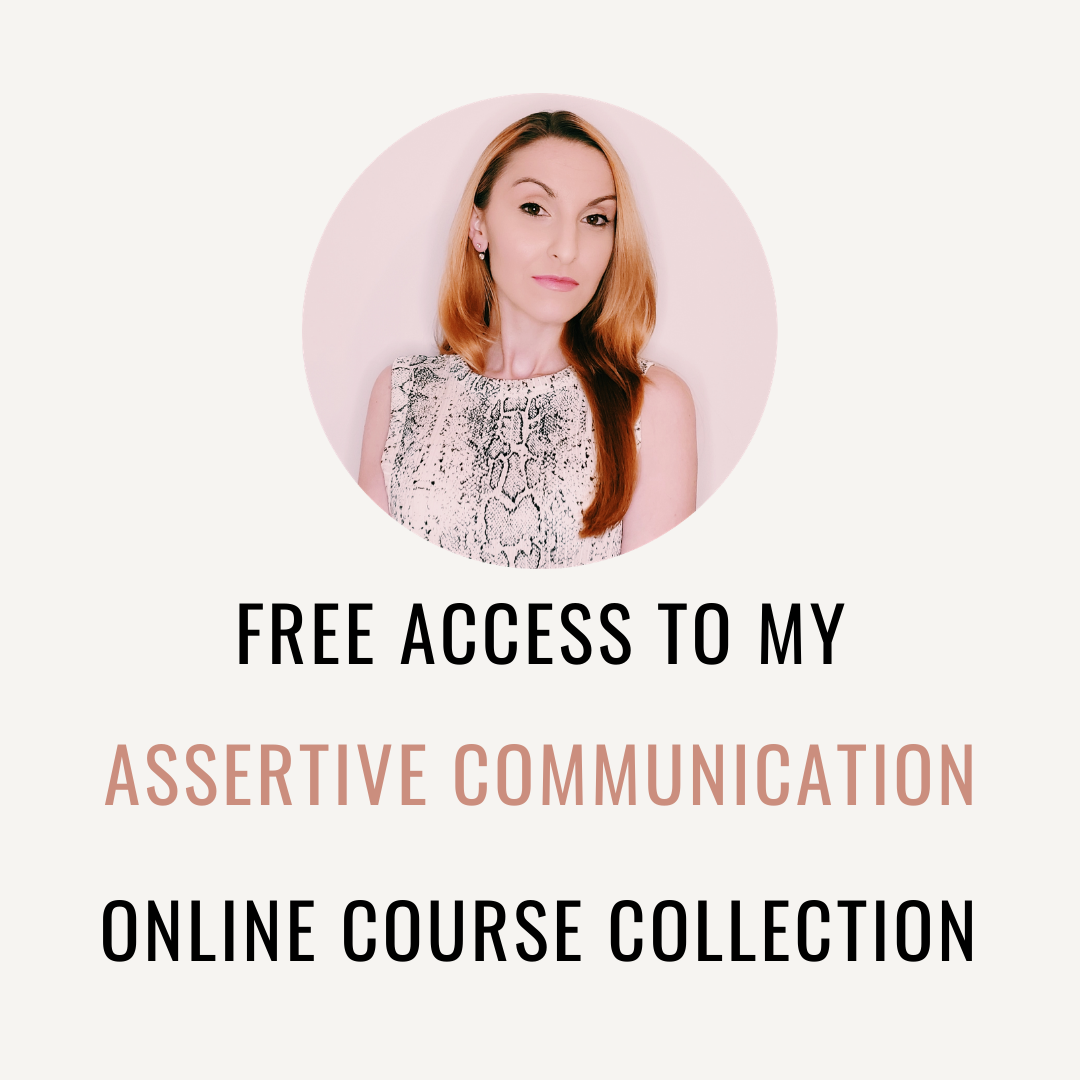